An update on a very busy few weeks at Skiddle HQ 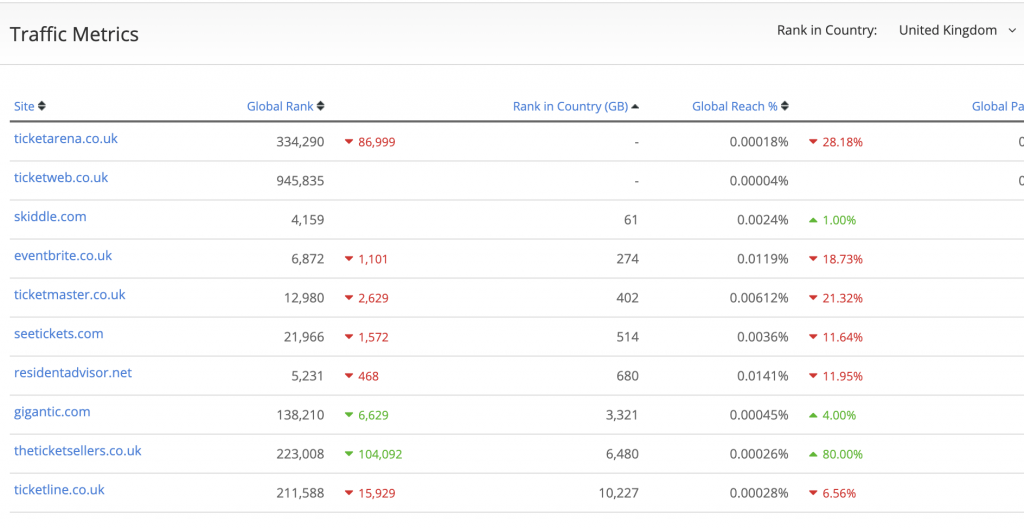 We don’t often brag, but it’s been a real month of triumphs and celebrations at Skiddle HQ.

Firstly, following some hard graft from marketing and dev, the Skiddle App peaked at number 8 in the Apple App Store Music Chart – with 2.5m total downloads – putting us amongst Spotify, BBC Sounds, Shazam, Amazon Alexa and Soundcloud (never heard of ‘em). If you haven’t already taken a look, download the Skiddle App for free and have a play around with it, let us know what you think – your feedback is vital.

Secondly, we were chuffed (if not a little bit surprised) to be informed by Alexa that we’d broken into the Top 60 busiest websites in the UK – making Skiddle the nation’s most popular ticketing and events platform. And we’re only getting busier, with more events and users than ever before, generating an average of nine million hits per month. Not bad going.

We also recently celebrated our 18th birthday, with an awards ceremony and party hosted by TV’s Vernon Kay at the Science and Industry Museum in Manchester. You can see all the winners on the night, from best club to best festival, right here.