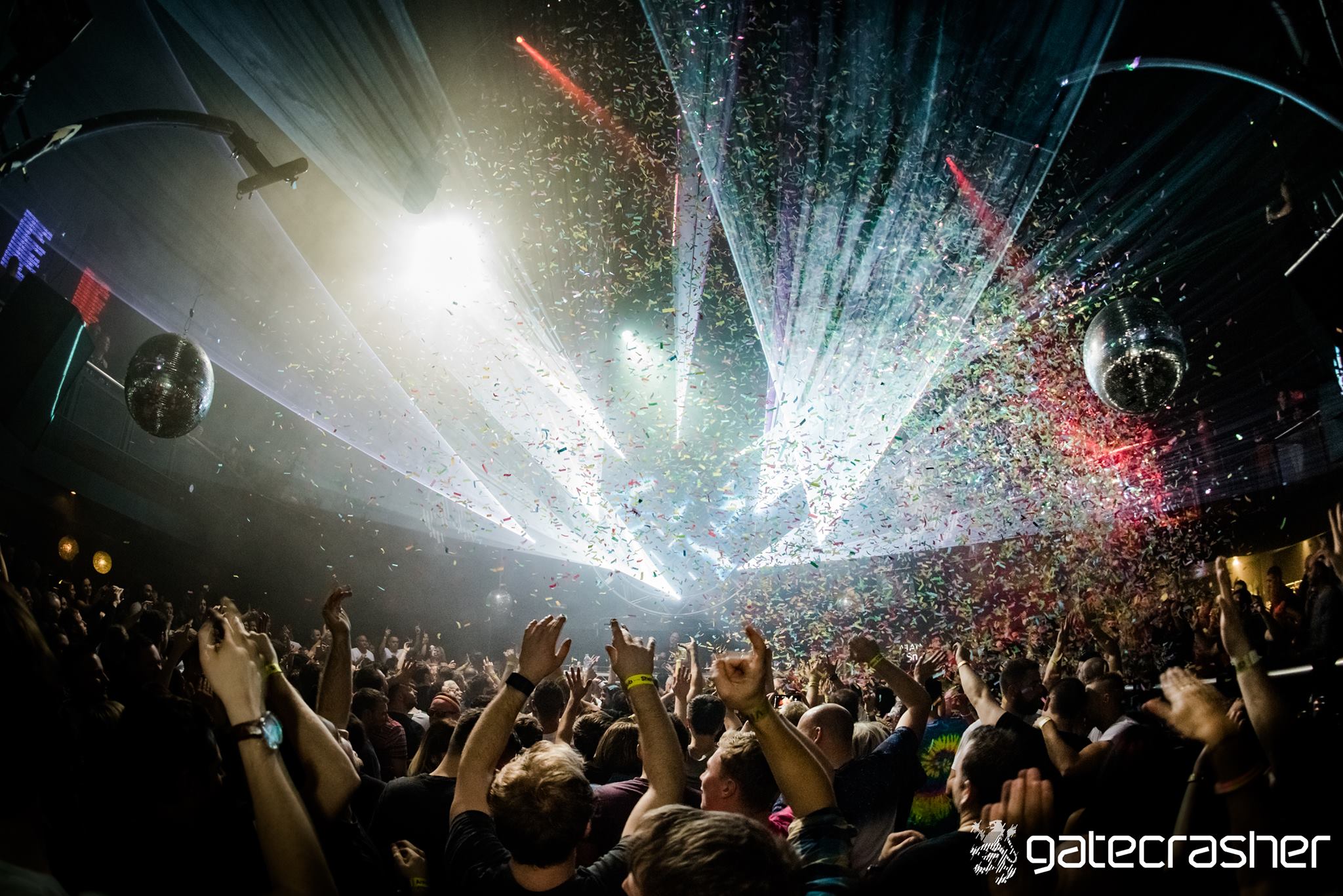 What started as a small scale, one-off event soon grew into one of the UK’s most iconic clubbing brands. During the 90s the Sheffield-based club became the leading light in the trance movement, nurturing a community of flamboyant, hedonistic ravers who’d travel from all across the country to lap up the decadent, life-affirming clubbing experience soundtracked by legends like Tiesto, Timo Maas, Paul Van Dyk and Laidback Luke.

After numerous homes around the UK and Ibiza, last year saw the Gatecrasher Lion return to its spiritual home in Sheffield, this time selling out shows at Area with giants from the trance and progressive scene headlining epic parties that have brought the heady days of the 90s back to life, striking a chord once more with the original Gatecrasher fans as well as a whole new audience who were too young to experience it the first time round.

The clubbing brand carefully selected Skiddle to be their primary ticket outlet after being impressed with the wealth of sales tools and support they can offer. Recently launched Cool:Off facility immediately caught the promoter’s attention. It was requested this service is activated for all promoter events. Skiddle’s official ticket resale platform Re:Sell helped win over the account, showcasing our commitment to fair and safer ticketing for music fans.

With Cool:Off in place all customers have an unconditional 72 hour time frame within which to request an immediate refund on their order. All promoter events have the Cool:Off availability icon clearly displayed on their Skiddle ticket listings. Ticket resale tool Re:Sell was employed for the final week before the brand’s 23rd Birthday on Sat 15th.

After completely selling out, customers were able to return unwanted tickets safely through Skiddle, for immediate resale to new buyers. A steady stream of tickets were returned and due to an exceptional demand, almost immediately sold on again to customers relieved not to have missed out. The event’s overall sales margins increased as lower tier tickets were resold at the most recent ‘final release’ ticket price, thus looking after both the customer and the promoter.

Cool:Off has been in place since August 2016 on all Gatecrasher’s events, and for GC23 more of Gatecrasher’s loyal fans were able to attend the event through the resale of unwanted tickets through Re:Sell. Skiddle’s Rapidscan App was used across several devices at the what turned out to be the biggest Gatecrasher Sheffield event so far. All customers were admitted quickly and efficiently using the scanning App iPhones and iPod Nanos.

We’ve worked closely with Skiddle for a number of years and knew they’d be the best ticketing partners for our return to Sheffield. Their newly launched features added to our decision, with the cooling off period and the ticket resale functions keeping our customers happy, reducing fraud and touts, and making sure we got the best deal financially. The event entry with Rapidscan has always been reliable and seamless – we look forward to continuing our partnership Skiddle as we make Sheffield our home once again.