Catch up with Skiddle this October

a busy month ahead for the team, Skiddle will be attendance at the following UK Live Summit, Manchester Music Networking and ADE this October. 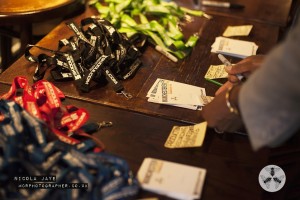 Triple Bee Management and Skiddle will be hosting their fifth networking event at The Whiskey Jar – 14 Tariff Street, Manchester. The event is set to open its doors for an evening of live music, photography, exclusive interviews and a chance to network within the music and creative industry of the city.

This event is not just about music but brings together some amazing work from talented photographers and artists across the Greater Manchester region. Showcasing more than just the musicians in the area, it aims to provide a platform for everyone involved in Manchester’s creative scene, from graphic designers and producers to freelancers, illustrators and promoters.

Tickets are available via Skiddle

At this years Live UK summit Skiddle will be showcasing their newly developed box office application, alongside conference sessions and discussion groups, the event provides a valuable opportunity for the various elements of the live music business to interact, whether they be promoters, festival organisers, venue operators, agents, artiste managers or service providers.

The Amsterdam Dance Event (ADE) is the leading electronic music platform and the biggest club festival in the world for the whole spectrum of electronic sub-genres.

Our business development team will be joining the 300 events and 2,000 DJ’s over five days in 80 clubs and venues, which together combine to make Amsterdam one of the busiest and most inspiring clubbing cities in the world.