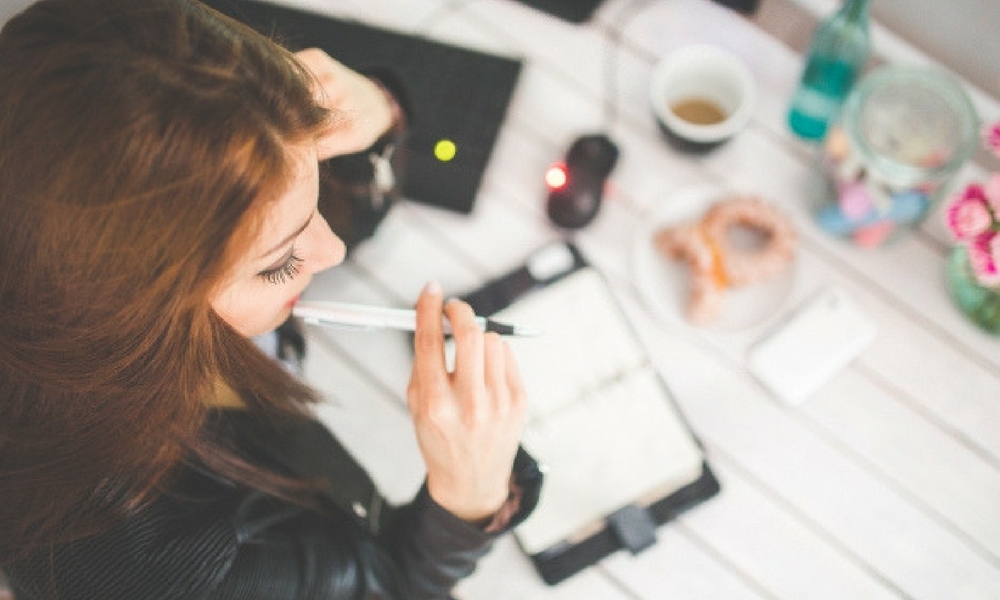 Being an events promoter is one of the most stressful jobs there is. With often huge amounts of personal money hanging on the success of each event, working long hours and losing sleep are commonplace, so it can be incredibly tough to maintain a positive mindset. If you’re happy, that positivity bleeds into your work, and in this case, will make you and your brand far more attractive to customers. Here are some simple suggestions that will make your quality of life that bit better.

So with the New Year almost upon us it’s time to think of some ways of harnessing those changes as resolutions to improve the way you work. The volatile nature of events programming means following these to a tee isn’t always possible, but here are some simple suggestions that will make your quality of life that bit better and get you heaidng in the right direction.

Avoid putting too much pressure on yourself

If you’re stretched too thin and trying to take on more tasks than is reasonable, it’s not only bad for your business but its bad for your health (more on the latter later). Nobody does their best work when they’re bearing a workload heavier than they can handle. Try and work out where you’re putting too much pressure on yourself, look for ways to delegate more minor tasks to others (find out how we can help with that here), identify where your weaknesses are and see if you can outsource them while you concentrate on the stuff you can comfortably manage.

Turn off your phone for set periods each day

This is a huge one, and will make a world of difference. With modern phones geared up to alert you know about every new email, tweet, Facebook post or Whatsapp message, trying to tackle each one as it arrives will get you bogged down, eat up hours of time and ultimately not get you anywhere. Having periods of distraction-free downtime will pay dividends not only in your productivity but the periods of silence will hugely improve your mental outlook, leaving you refreshed for when you return to the online world.

And in the case of emails and social media, switching off alerts full stop is a good idea. Instead, schedule time each day to check them, freeing you up to tackle the bigger matters throughout the day. Avoid taking your phone to bed with you too, switch it off up to an hour before you plan to sleep and keep it off until the morning, uninterrupted, healing sleep is absolutely essential when you’ve a job as stressful as this one. This isn’t always a realistic approach for an event promoter, but even if you allocate set times each week where you ignore your phone you will feel all the better for it.

You should also never check your emails or social networks before breakfast, with a plethora of studies and even a book by Oprah Winfrey favourite on it. Email and every other task should also be done in short bursts, where possible, following the Pomodoro technique which helps block out distractions (see more below).

If your health deteriorates enough, nothing can get done, so this trumps every other thing you face. Try and reduce stress as much as possible, make sure you book time off for holidays and the like, whilst practices like mindfulness meditation, even as little as 10 minutes a day can vastly reduce stress levels. If you’re feeling unwell in any way, deal with that as a priority – take time off, get the medication you need, see a doctor if necessary – there’s little point in being a martyr and working through an illness as it will only prolong its effects, dragging out something that may have only lasted a short while.

So be kind to yourself, and put your health as your main priority. Also, watching what you eat (in particular monitoring your blood sugar), and drinking less caffeine and alcohol will all aid in keeping you at your best. Exercise is also a godsend, whether it’s jogging, yoga or weekly five-a-side.

When a crisis arises, ask yourself if it will really matter in a week, a month or a year’s time. It’s easy to get lost in the small difficulties that arise, blowing them up them into monumental problems, when more often than not in a day’s time that will have passed and you’ll be onto another problem that seems equally massive. Ask yourself about problems you lost sleep over a week, a month or a year ago, were they actually that big a deal? 99% of the time they weren’t that bad at all. It’s important to remember the reality of the situation when we’re in the middle of a perceived crisis.

Plan ahead – create a timetable and stick to it

According to inc.com “The happiest people live in a place between boredom and chaos. They lack an abundance of free time, but they never feel rushed to complete the steady stream of work on their plate”. That all comes down to planning, allocating fixed times for various tasks and then not allowing yourself to get sidetracked (again the Pomodoro technique from above helps this). Getting the job you’re least looking forward to out of the way first is always a winner too, leaving the rest of the day to jobs that you’re more naturally inclined to do.

Avoid spending too much time on one job. Sticking to your timetable and switching between tasks will keep you fresh. The answers to problems often arise when the subconscious throws them up, usually a significant time after you’ve stopped obsessing over them. Ever tried to remember the name of someone, the more you think about it the more your brain draws a blank, then a few hours later, after you’ve forgotten all about it, it just pops into your head? It’s exactly the same principle. Set out tasks for the day, then only tackle one at a time instead of letting your mind dance around the extensive list of things you may need to do.

Head here to find out more about the practical support Skiddle can provide for events promoters.