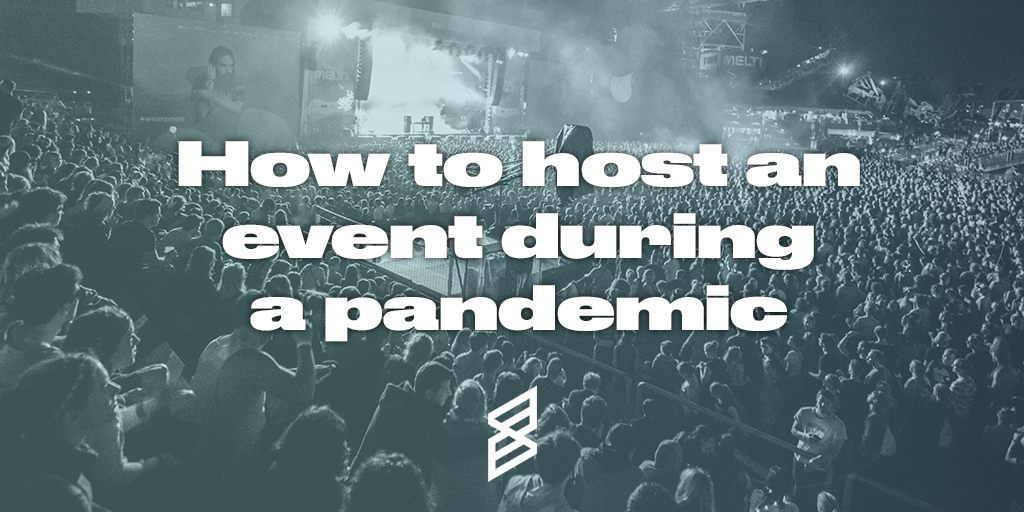 How to host an event during a pandemic

Since COVID-19, the shutdown of our beloved live music broke the hearts of all working in music, as artist and promoter income was lost overnight. Last month, as a response to overwhelming cries from the performing arts and music industries, the UK Government announced their staged phases on how events can come back.

Outdoor events can take place as of July 11th, meaning we’re now entering stage three of the phased return. We suspect more guidance will be given when the Government’s trial performances have taken place. The London Palladium, Butlin’s holiday parks and the London Symphony Orchestra at St Luke’s Church are part of this trial run later in July.

Andrew Lloyd Webber is a key part of the London Palladium pilot and is adopting the South Korean model for post-lockdown theatre performances. This involves thermal imaging cameras at the stage door and self-cleaning door handles. Webber is keen to open these venues at full capacity as soon as possible, so any theatre solution will likely be adopted by music venues. The Government is working with Musicians Union to also identify suitable pilots.

While we’re waiting for feedback on these test runs, many promoters have been gearing up for socially distant outdoor events. While the guidance for outdoor events has been minimal from the Government, here’s what we do know so far so you can try to prepare as much as possible ahead of the pilot events:

The team at Skiddle have put together a comprehensive list of resources for promoters with finance, insurance help and more.

Socially distant events aren’t feasible or financially viable for some, so many promoters have moved to paid online events, with some dabbling in livestreams, online panels and discussions and even VR gigs. If you’re interested in setting up an online event, the key is to make sure there is a demand for your event. The online event space has become incredibly saturated in recent months, so there must be a public need for your event.

Examples of successful lockdown events include Lewis Capaldi’s home acoustic set, Laura Marling’s ticketed livestream gig at London’s Union Chapel as well as BTS’ livestream, which generated 20 million dollars in a single virtual show. You’ve got to be offering a niche event or exciting opportunity that no-one else is – now is the time to think outside the box!

Skiddle is currently the UK’s biggest What’s On guide, providing a free facility for event promoters across the UK to list their events online and sell tickets through our independent ticketing service. We currently work with over 35,000 UK and European promoters, at over 30,000 venues. We specialise in helping events through that critical growing phase by providing the marketing and technology support that you need. Whether you promote events for 50 people or 50,000, start listing your events in our promotion centre to see what you’ve been missing out on.