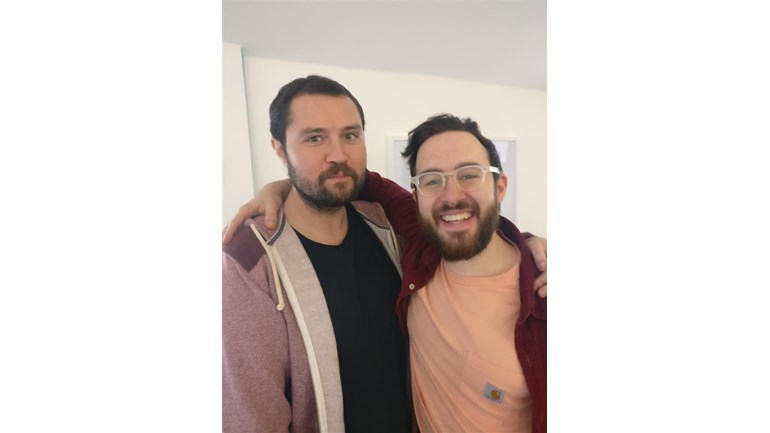 Our team take the snip to help beat Cancer

As you may know, we lost one of our colleagues Chris Glaba to cancer in December 2016, prompting us to raise over £100k for Macmillan to help the fight against this macabre disease. We’ve since reached that goal, putting on quiz nights, attacking the music charts, and marauding around the country to a whopping ten festivals over 48 hours of the August Bank Holiday.

We’re not finished though, because two members of our Business Development Team, Gareth Chubb and Sam Garlick, will both go all Telly Savalas and shave every hair of their head and scalp if we can raise £1000 by Tuesday 31st October. We’re pretty much halfway to that goal already, but if you want to see the duo shining their scalps to fight cancer please support their cause here.

If we get to the goal we’ll live stream the snip, but even if we fail in the pledge all money raised will still go to the charity. And if you don’t think this is a big enough gesture, feel free to vote in our poll on the matter below.

✂️ 2 of our staff (@MicronClub & @fiestabombarda) have agreed to shave their heads and beards to raise money for @macmillancancer – but is it really enough? ✂️

Read more about why we work with Macmillan.