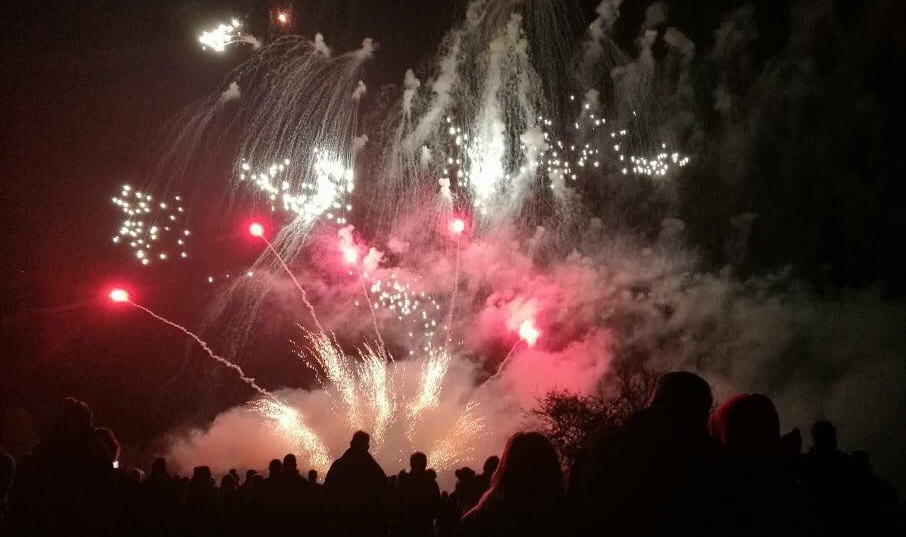 Skiddle: a year in review

Want to know more about what we’ve all been up to? Check out the below👇🏼 pic.twitter.com/XTJ1XqQt1I

2019 will see the launch of our new and improved Promotion Centre. With a host of innovative features; the Promotion Centre will enhance, simplify and streamline our event listing process, ensuring maximum effectiveness and efficiency.

From January 2019, we will also be holding a series of City Takeovers in Bristol, Leeds, Birmingham, Cardiff and Liverpool. These events are designed to showcase, enhance and support the music industry in each region.

Satellite offices in London and Manchester are in the pipeline, alongside our current presence in Lancashire and Liverpool.

What our customers think

Skiddle has amongst the highest service and satisfaction rates in the ticketing industry, including:

Skiddle presence in new areas has increased across London, the South West and the South East, whilst our focus has strengthened in the likes of Scotland, Newcastle and Birmingham.

Development of our key promoter accounts has been the backbone of our substantial growth in 2018. We have celebrated big wins across Clubs, Festivals and Live music, cementing our position as primary seller across hundreds of events.

As well as strengthening specific areas, we have also claimed national promoters from rival ticket companies across Live and Clubs.

Exponential growth has occurred in the Live department, signing up many independent venues and live promoters, despite strong financial offers from the likes of SEE and Ticketweb, alongside establishing new relationships with the biggest promoters in the world through Live Nation, AEG and MJR.

Artist deals and marketing partnerships have become much more effective and established through Echo Location, Coda and Mustard Media.

In house, we increased our staff by nearly 30%; hiring an in-house Videographer, two new Account and Business Development Managers and a Marketing Executive, as well as substantially increasing expertise across our Web and App Development, Account Support and Customer Care departments.

Skiddle’s fully-equipped double-decker bus hit the road in 2018. From backstage acoustic sessions at Belladrum Tartan Heart Festival to hosting Tom Grennan in Leeds City Centre, the Skiddle Bus is a multi-purpose space: VIP hangout, DJ booth, stage, interview area and press office. The Skiddle Bus is available for hire throughout 2019, offering an exciting and innovative space to customise and enjoy.

In 2018, Skiddle launched charitable partnerships with Safe Gigs For Women, Attitude Is Everything and Big Issue North: highlighting the need for inclusivity and accessibility at live music events, as well as supporting the vulnerable in society.

This year, we also reached a new fundraising target with our official charity partners: Macmillan Cancer Support. Having doubled our initial £100,000 goal, we have set ourselves a new target of £250,000. Skiddle staff also announced a new charity partnership with Alder Hey Children’s Hospital, pledging to raise £44,000 by October 2019. Eleven Skiddle staff are currently in training, preparing to climb the Inca Trail for this cause.

Commercially, we have strengthened and maximised partnerships with Mixmag, The Skinny, Clash Magazine, as well as numerous regional music publications and B2B partnerships.

In 2018, Skiddle took further steps to ensure our tickets remain the most secure and flexible in the music industry. In December, we announced that our popular Re:Sell and Cool:Off platforms will be rolled out to more customers than ever before through an ‘opt out’ system launching in the New Year. We also worked alongside FanFair Alliance and The Guardian, promoting a host of other features implemented to prevent for-profit secondary ticketing.

Skiddle’s Queue and Waiting List are two innovative features launched after analysing customer and promoter feedback. When an event sells out, we enable Waiting List: giving music fans the opportunity to purchase tickets should more become available. For high traffic events, we launched The Queue: a platform that gives all our customers a fairer chance at buying tickets and giving more visibility to those waiting in line.

Turning the ticket buying experience on its head with the launch of our new App, we are now offering a one-stop shop for music lovers; enabling users to discover and plan events and book tickets, as well as offering a personalised experience based on music preferences.

The Skiddle App has featured as a ‘Top Pick’ on Apple’s App Store. Our App also regularly holds the top of the charts position for Music Apps in the UK. By the end of the year, we are also hoping to achieve ‘App of the Day’ status.

Launching ahead of Fresher’s Week and harnessing the power of viral selling, earlier this year we ‘gamified’ our Rep system, offering customers cash, rewards and prizes in exchange for promoting links to Skiddle tickets.

In an industry first and by opening the Rep feature to everyone, we have tapped into established behaviour of sharing events via social media – increasing ticket sales for promoters and rewarding the loyalty of Skiddle customers.

In May, Skiddle launched a new campaign: ‘Think Skiddle’. ‘Think Gigs’, ‘Think Clubs’, ‘Think Festivals’ is splashed across our site, App, social media and marketing materials and is designed to showcase our authenticity and authority over live music events whilst driving home a simplified and cohesive message to customers.

This year, Skiddle worked with Tunafish Media, bringing festivals to the workplace – taking over an accountancy office in Manchester and turning it into a festival site. With a viral video campaign, social influencers onboard and a special performance from Big Narstie, Skiddle’s festival season began with a bang foreshadowing our most successful and productive season to date.

We have been working alongside Promoters for nearly 20 years and appreciate how demanding and isolating the role can be. In October, we published the results of a survey we conducted that revealed over 80% of promoters frequently struggle with high levels of stress, anxiety and depression. The survey received significant pickup from industry and music press and helped us establish the challenges – and opportunities – in this area. In 2019, Skiddle will be continuing to develop partnerships with the Association of Independent Promoters, Help Musicians UK, Mind and our network of promoters to establish practical levels of support and assistance in this area.

With thousands of new followers, Skiddle have spent 2018 harnessing the power of social media, utilising ads to grow new audiences and retarget potential customers, whilst using our platforms to encourage conversation and spark debate. Creating unique, engaging content has been overwhelmingly successful, with scope for huge growth and opportunity.

In 2018 we’ve stepped up our video content, launching a number of different series. ‘Get To Know…’ focuses on artists yet to tell their story, such as the phenomenal rise of reggae and ska band The Dualers, and synthesiser lothario Marc Rebillet. A ‘Day in the Life’ has showcased popular characters in the industry such as DJ Sam Divine and Bradley Gunn Raver.