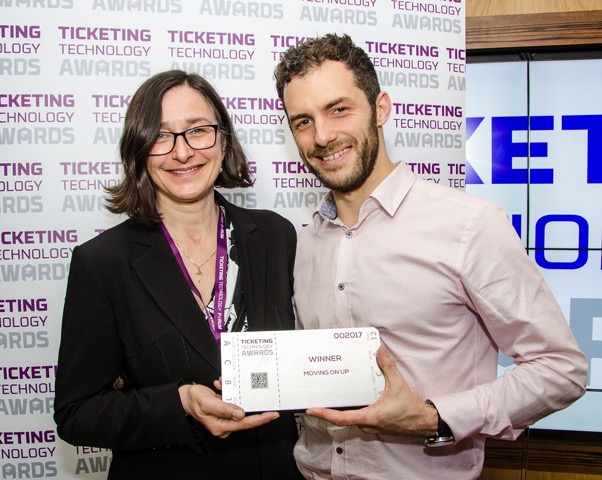 Skiddle won big in Dublin last night, ensnaring two Ticketing Technology Awards at the Ticketing Technology Forum. We went home with the Moving On Up and Customer Service Award, the former recognising how our “re-energised and re-purposed app has improved the user experience for the live music fan”. This was despite competition across the categories from the likes of Ticketmaster and Disney, and the only winners on the night to bag more than one award at the ceremony.

Both accolades are further proof how well our new focus is being viewed by both the industry at large and, crucially, our customer base – the customer service award was decided via public vote. Pivotal to these awards, and other our other recent nominations, were the development of Cool:Off and Re:Sell, which have helped revolutionise the way ticketing is heading. We’re firm believers in the customer being given more choice, flexibility and fairness and it’s great to see this recognised by our peers and customers as the best within the industry, which has already helped us achieve record growth since we rebranded in September 2016.

And the winner of the #TTA17 Moving On Up Award is… @skiddle, two-time winners! pic.twitter.com/XMWd5nCPOz

Our co-founder Ben Sebborn picked up the awards, and said the following about winning:

“These awards mean an awful lot to us, because it really proves the direction we’re taking is the right one. We focused on the most important aspect of our business when we rebranded in 2016, customers, proving that ticketing doesn’t have to involve taking advantage of music fans. We’ve seen record growth since we introduced policies such as Re:Sell and Cool:Off, which shows that if you look after your customers they will, in turn, look after you.

To then get a second award, just goes to show how much our way of thinking is shaking up the industry. And this is only the start of what we have planned.”

Read about all the winners at the awards.