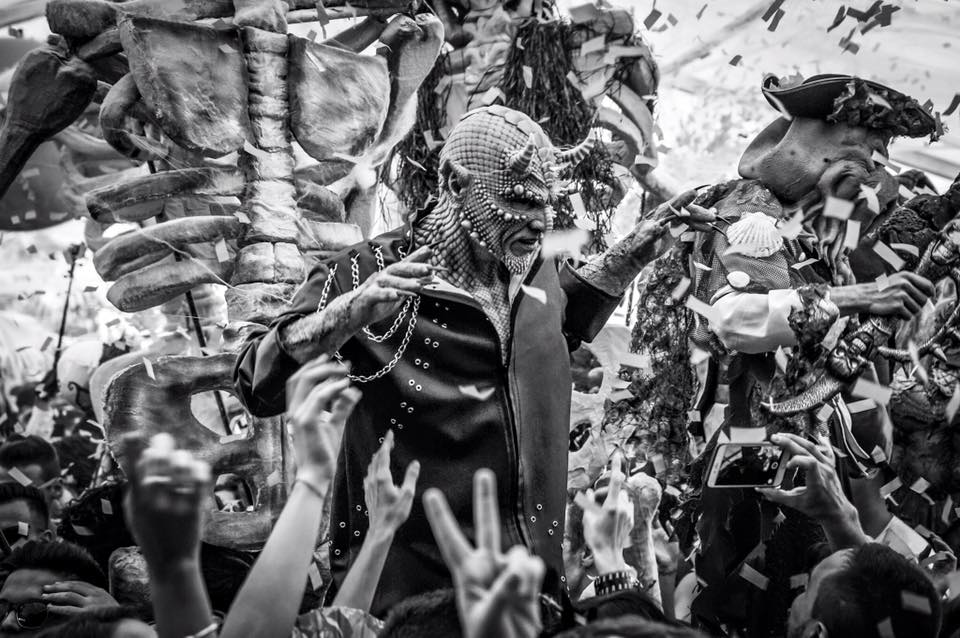 Why Halloween is an essential event

One of the trends we’ve noticed at Skiddle this decade has been the ever-increasing omnipresence of Halloween as one of the big nights of the year. For years in the UK we had a relationship to the holiday – huge in the USA – that fluctuated between passive indifference and cutesy warmth. But the twenty-tens have seen it snowball into a party occasion that we’ve really taken to our hearts, becoming on a par with the other big behemoth of the nighttime events industry; New Year’s Eve.

Last year we experienced a boon in sales around Halloween, propelled not only by the nation’s urge for a scary shindig but our own rebrand. In particular with dance music it’s very acute, where the combination of fancy dress and raving has been a winner for a while, with clubnights like Circus in Liverpool making Halloween their dominant party of the calendar. This has dovetailed perfectly with the trend of huge production and the big show aesthetic returning to dance music, started by the EDM surge in the US and continued by the likes of Creamfields and the colossal elrow (where our writers spent Halloween 2016 in Barcelona).

That makes it easy to see why this has become such a ‘big’ night for modern hedonists. In an era where regular clubbing has been eschewed for saving up for larger scale events such as festivals, Halloween offers an out of season opportunity for clubbers to focus on one big party. And it’s one where you can make a massive effort; the dressing up element is crucial. People’s imagination is now starting to stretch far beyond blood splattered nurses and black bin bags to glorious fusions of OTT endeavours. You only have to look at this brilliant effort from regulars at Circus below to see how this has become such a winning element for clubbing. Basically it’s just a lot of fun.

We know it’s only August but a burst of #halloween events coming on sale has had us thinking about epic fancy dress. How good is this effort from @circusmusic in #Liverpool? 🐁

It also offers promoters the opportunity to riff on Halloween’s thematic qualities. DJ Yoda remixing the soundtrack to cult TV show Stranger Things is one example, as is Fearfest, which will celebrate its fifth year with over 5000 ravers decked out in fancy dress across the multi-room Magna science adventure centre in Rotherham for a fusion of horror and music. Techno seems to be the music favoured by many as well, with the relentless and barnstorming grooves much better suited to Halloween’s natural branding.

Already Halloween 2017 has a glut of events that have been added, with annual mainstays like Drumcode’s annual showcase and powerhouse calendar additions from Motion and WHP among the early announcements.  We’ve already been preparing our content and marketing strategies ot make sure we help promoters achieve the maximum impact their events deserve. As such we’re braced for an even bigger and better Halloween than ever before… all we need to do now is figure out our costume.

Are you looking to run a Halloween event? Get in touch with us as quickly as possible, either via your account managaer or actmanagers@skiddle.com.