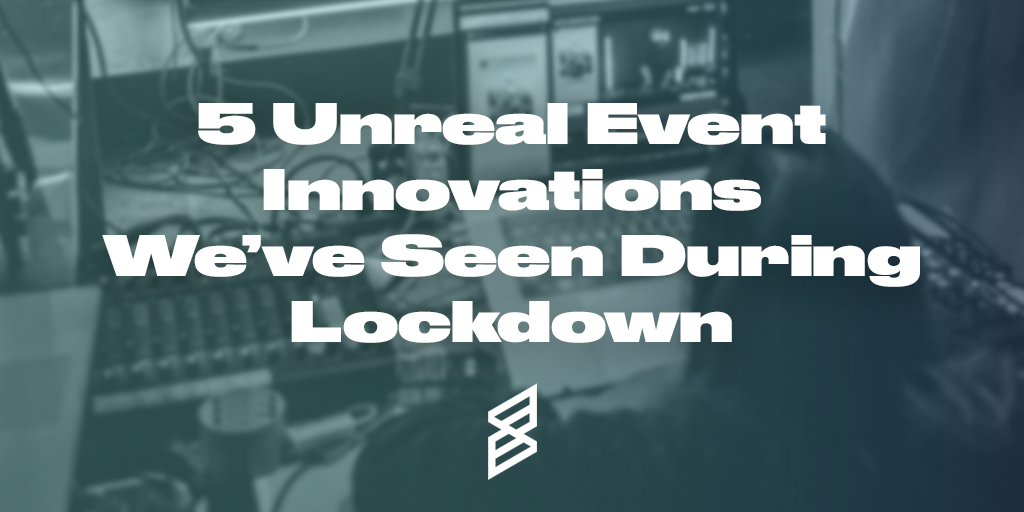 When COVID-19 hit, it’s safe to say the events industry went into a bit of a nervous breakdown. But necessity is the mother of invention and all that. Within a couple of weeks, musicians and promoters were finding unique ways to replace gigs and events: from livestreams to socially distant outdoor gigs. While we’re waiting for events to come back in their full capacity, here are some amazing innovations in the past couple of months. Who knows? Maybe it’ll give you some inspiration to do something of your own…

Okay, we know this is being talked about everywhere, but we have to start with this one because it recently entered the Guinness Book of World Records for the biggest audience for a livestream. The performance itself was pre-recorded and was available with a paid ticket. As a result of BTS’ massive fan following, this livestream resulted in 756,000 fans tuning in from more than 100 countries which meant a minimum of $18.1m in ticket sales. This was the day livestreaming turned into more than just a way to pass time. BTS have proved that if you have the fans, livestreaming is a worthy investment.

Early in lockdown, we had heard of Club Quarantine, a VIP club experience. Entry was $10, or you could pay $80 for a private room to party alongside Insta famous DJs and burlesque dances. In an article by Bloomberg, the promoter of the event first covered half his costs in his first event which was attended by 300 people. His second, he broke even, which shows there is a potential market there, especially as we may see a second wave and people moving back online.

Soon hitting Manchester, Puffin Box claims to be a socially distanced, immersive raving experience. Puffin Box boasts a 90-minute mini-clubbing experience within your own social bubble, with takeovers from both renowned Manchester and international club brands and DJ collectives. A great way to re-create the clubbing experience, and pandemic friendly at that!

4. Tomorrowland Around the World: a digital festival like no other

On July 25 & 26 Tomorrowland launched a digital version of the award winning electronic festival. The event was a two-day digital festival with 8 stages and over 60 artists. The team at Tomorrowland collaborated with a creative agency to film brand new sets with over 60 of these artists on green screens set up all around the world. A crazy amount of thought and technology was put behind these events as a team of 200 was working around the clock to make sure six 4k cameras were combined with 38 virtual cameras for wide sweeping shows of the viewers, utilising augmented reality and artificial intelligence to recreate the festival setting.

The result? Over a million tuned in (more than the BTS livestream) using pay-per-view tickets which cost 20 euros, with day tickets priced at 12.50 euros. The festival was also available to watch on-demand until 12 Aug for the same price as a day ticket. This level of innovation is astonishing, and we can’t wait to see what’s to come with the marriage of music and technology!

Created by production company Engine No. 4 in partnership with SSD (the team behind the socially distant Sam Fender gig in August), Escape to Freight Island launched in Manchester in July as a totally unique, socially distant experience. It claims to be “an inspiring urban landscape rebuilt and rethought around a visionary food market, a unique selection of bars (a huge main bar, craft beer tap room, neighbourhood cocktail bar and intimate wine bar), inventive culture spaces and intimate seating. A long-forgotten freight depot from the city’s industrial past, re-imagined as a cultural space for our future.” Freight Island is based at Mayfield Depot which houses Warehouse Project from September onto New Years, so it’s a great way of adapting the venue for current times.

We’ve seen a lot of negative news around the future of the live industry, with campaigns like Let the Music Play and We Make Events being necessary to raise Government awareness and will continue to happen until we secure the future of the night time industries. However, what these innovations have shown us is that this pandemic has been a catalyst for change and we’ll see some IMMENSE events come out of this on the other side. To stay ahead of the latest news, follow @SkiddlePromoter for more.