This was based upon reviews that Skiddle customers left after attending events. Being completely impartial, the reviews form a solid basis upon which to rank venues and helped customers to see which venues were hosting consistently well-rated events.

After an initial trial of this feature, we’ve been busy reviewing feedback and making some improvements. 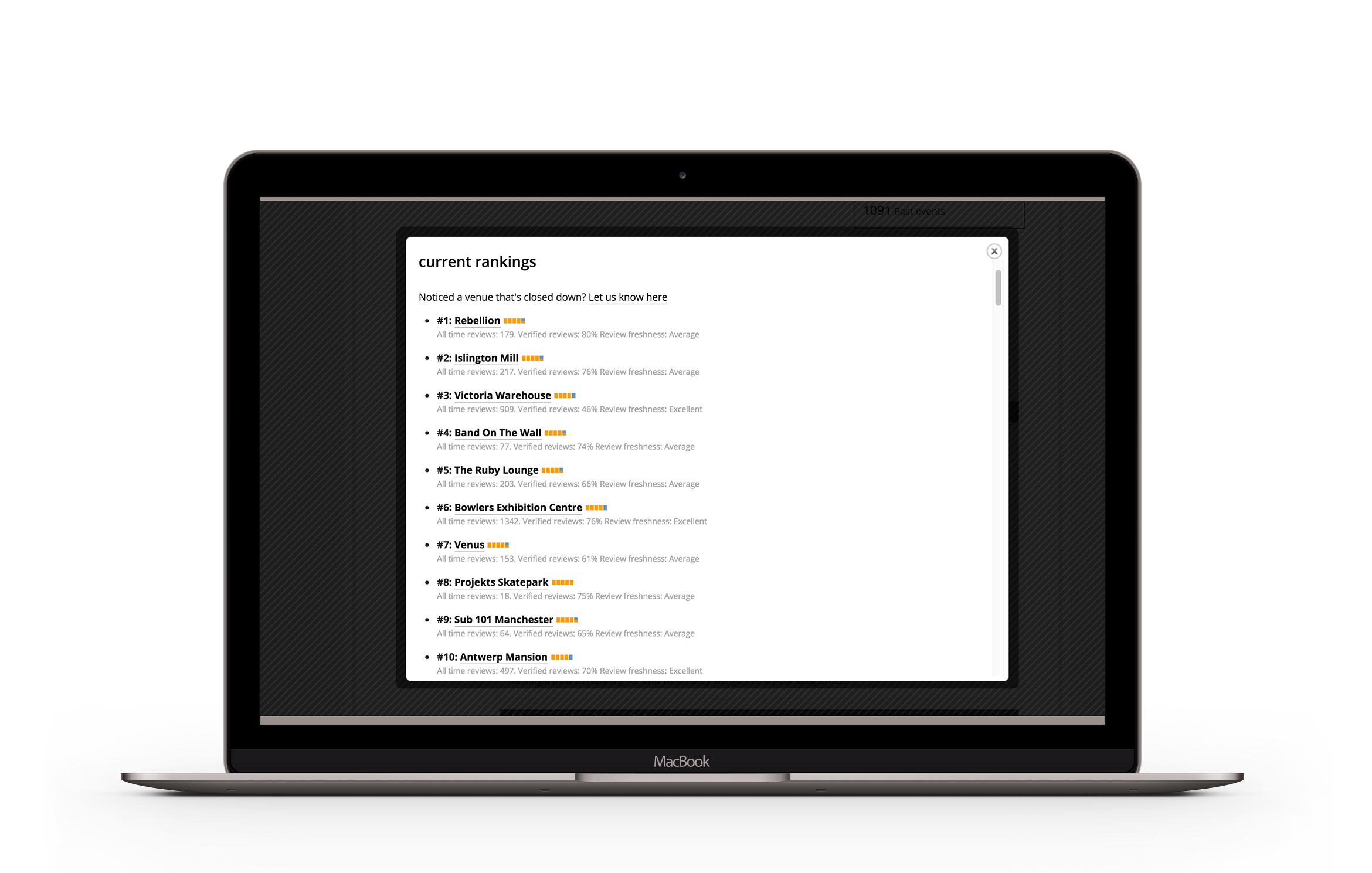 We’re happy to announce that we’re now rolling out a BETA of an updated version, which will be live for Manchester, Liverpool, and Birmingham initially.

We’ve made a few tweaks to the underlying algorithm to make it fairer. In the past, the star ratings from each review were taken and combined with how many reviews had been left to give a weighted ranking. This worked well, but didn’t take into account the age of the review.

We’ve now made this fairer by adding more weight to newer reviews. This means the rankings are seasonal and will flux throughout the year.

We’re also updating the rankings daily, so as new reviews are added, the changes in position will be updated the following day.

Verified Reviews, which have been left by customers that we know attended the event, will receive a much higher weighting to avoid abuse of the system.

Our reviews algorithm has been developed by a statistician to ensure maximum fairness. The reviews are currently only visible to promoters and will be visible for the next couple of weeks before we make them public on Skiddle. During this time rankings may update more than once a day. View the current rankings for Manchester, Liverpool, and Birmingham.

We’ll be posting some tips on how to increase your venue ranking very soon!

We’d love to hear your feedback.