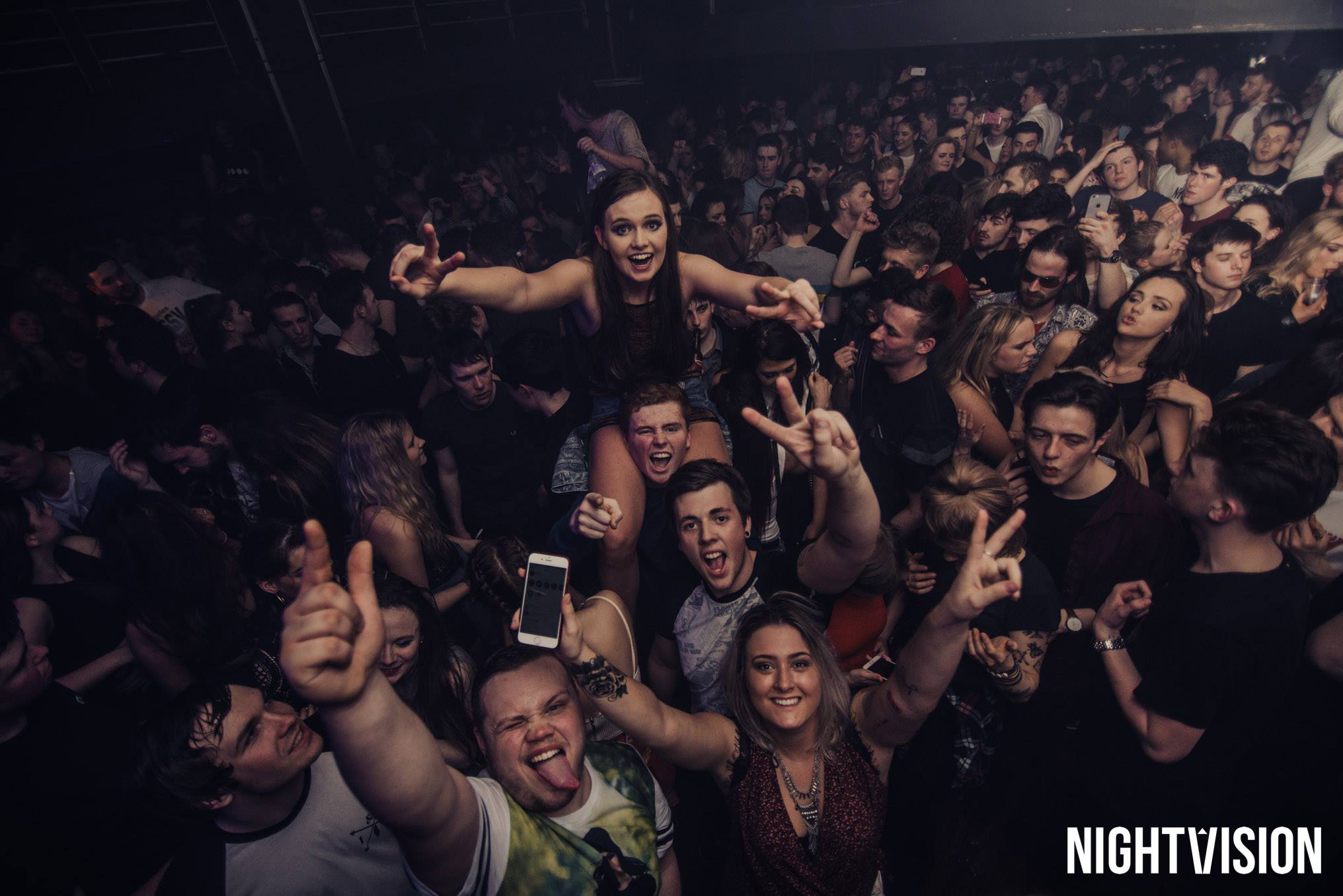 Edinburgh’s seasonal clubbing empire is the joining of two of the city’s longest serving promoters – Musika and Xplicit, who in July 2014 banded together to host a formidable run of shows showcasing the best in modern electronic music. The combination of Musika’s house and techno pedigree and Xplicit’s authority of all things bass has proven to be a winning partnership, utilising some of Edinburgh’s coolest venues for parties starring DJs of the calibre of Annie Mac, Nina Kraviz, Chase & Status, Gorgon City and Jackmaster. In March this year Nightvision signed a three year main outlet deal with Skiddle to handle the majority of the brand’s ticketing needs.

The main issue Nightvision faced was event entry – ensuring attendees accessed the venue in a timely fashion, and making certain no tickets had been duplicated. Nightvision also wanted internet traffic and ticket buyers to be directed straight to their website where they could have an online ticket shop in operation. Physical tickets were also a requirement, and the brand wanted these to be included in entry stats that could be analysed following the event.

And on the promotion front, Nightvision wanted to increase the size and visibility of when a season comes on sale, driving ticket sales earlier on rather than leave it to the uncertainty of audiences simply paying on the door. Thankfully, Skiddle had a solution for all three issues.

Nightvision were provided with handheld Rapidscan devices to be used at each event to scan tickets quickly and accurately, whilst at the same time updating online figures so the promoters could keep tabs on how many had entered the building, as well as analyse vital data like the audience’s demographic so promotion could be deployed more accurately ahead of each season.

As with a number of other brands, Skiddle’s development team set to work on a customised White Label ticket shop for Nightvision’s website, which is designed to fit in aesthetically with www.thisisourvision.com. This meant that tickets can be bought directly from Nightvision, whilst Skiddle’s system runs the ticket shop.

Nightvision has enjoyed a big increase in tickets sold as soon as the shows are announced, aided through strong editorial content and social support from Skiddle whenever a new season launches. And use of the RapidScan app has fulfilled many of the requirements Nightvision asked for when signing the three year main outlet deal – easy entry system with scanning of downloaded and physical tickets, as well as a system to check up on queries, and having up to the minute stats throughout the event so attendance figures can be monitored.

Nightvision’s Derek Martin said “We’ve enjoyed a close working relationship with Skiddle on all our shows for some time now. They’ve proven to be an invaluable resource and partner for us, particularly when it comes to event entry management and meeting our promotional needs. We look forward to continuing to work together for the foreseeable future.”

Head here to find out more about our Rapidscan App. If you’d like to know more about how Skiddle can help improve your event, contact one of our Account Managers who’ll be happy to talk through options with you.