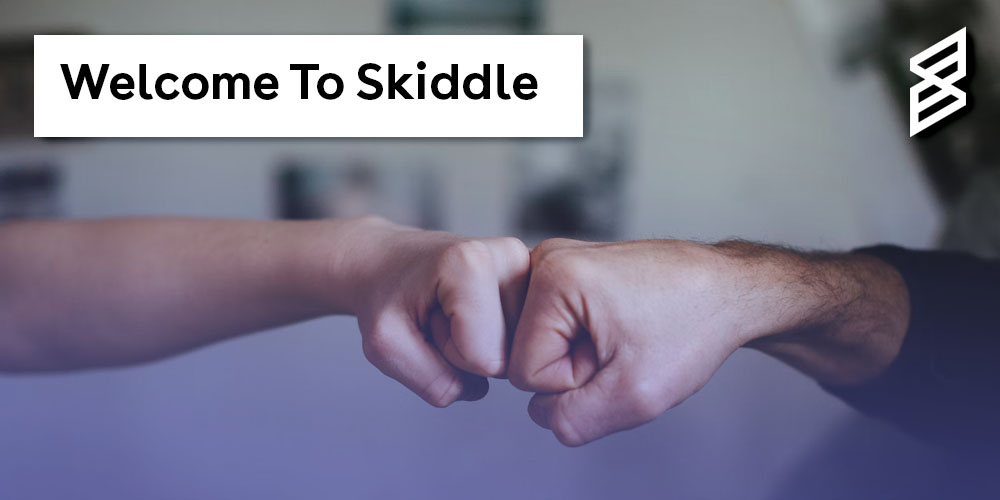 At the end of every quarter throughout the year, we’ll be dedicating this brand new space to welcoming some of those who’ve recently made the sound decision to sign with us here at Skiddle.

Not too dissimilar from your local or favourite football team, our Welcome to Skiddle blogs will proudly shout about each of our new signings, highlighting their many skills, their unique attributes, and, of course, their exceptional events.

From party planners working in the lifestyle sector, delivering fantastic food, beer and comedy festivals, to the knowledgeable promoters behind some of the nation’s best live music venues, nightclubs and club nights – we’ll be shining the spotlight on each, looking into their history whilst endorsing their upcoming events on Skiddle.

So, without further ado, allow us to introduce you to some of our latest signings…

Founded back in 2018 by electronic artist, Voicedrone, AKA Lasha Jorjoliani, and Seb Glover, the seasoned operator behind the now sadly defunct Shapes nightclub in Hackney Wick, this once industrial print house turned heady nightclub is one that most clubbers based in the capital would recommend a visit to when prompted.

A no-frills clubbing destination with a strict ‘No Photos’ policy, placing music at the centre of its being, FOLD is one of few nightclubs in the city that’s been granted a 24-hour licence, allowing parties to run from day into night and back into day again.

Without a doubt one of the most exciting nightlife attractions in London, the leading club has a number of upcoming live events courtesy of numerous renowned event brands and exciting musical talents. Amongst those are the likes of LWE, London’s biggest underground party planning collective, Manchester’s Teletech, and house music up and comers Harrison BDP and Black Loops, to name but a few.

Click or tap – HERE – for more on FOLD London.

Be under no illusion here, the UKG Brunch team know exactly what they’re doing and do it better than anyone else. The popular brunch brand, who’ve been seen taking over venues up and down the British Isles in recent years, has found the perfect formula for their nearly always sold out daytime parties – a quality 90s soundtrack, bottomless finger-licking ‘Garage Fried Chicken’, intoxicating rum-based drinks, and an unparalleled party atmosphere.

Featured by the likes of Mixmag, the NME and The Evening Standard, UKG Brunch has become a leading name in its category, revamping an old and exclusive model into a wild and welcoming one.

Upcoming UKG Brunch events can be found taking place in Norwich, Birmingham and London in the coming weeks, with a UKG vs R’n’B Bank Holiday special planned on Sunday 17th April.

Click or tap – HERE – for more on UKG Brunch.

One of Bristol’s, if not the UK’s, most distinctive event spaces, Propyard Bristol is a favourite amongst pleasure seekers in the city. For quality live entertainment, tastebud tantalising food and only the finest craft beverages, courtesy of twelve very popular local breweries, Bristolians will tell you there’s no other joint quite like it.

Housed inside two former torpedo testing hangars, once owned by the Ministry of Defence, the location is now under the careful control of a collection of Bristol’s most seasoned event specialists. Delivering incendiary daytime and nighttime parties, the cultural hotspot consistently attracts acclaimed acts to perform at its unique location. Upcoming experiences at the bespoke event space include notable appearances from the likes of Norman Jay MBE, the Notting Hill Carnival favourite who’s been at the forefront of UK club culture for the past four decades, DJ Yoda, Aussie selector, Mall Grab and Nightmares On Wax.

Click or tap – HERE – for more on Propyard Bristol.

Podcaster, documentary maker, model, former reality TV show star, and all-around funny man, James English has just recently signed with us here at Skiddle. We’re very excited to share that James has big plans to bring his utterly fascinating podcast show, ‘Anything Goes’, to live audiences around the UK in the year to come.

From harrowing stories of murder to addiction, crime and suicide, and debauched tales of sexual encounters, love and comedy – if you haven’t already listened in to the podcast, we highly recommend you do so. Or go one better, and catch James speaking to his guests live at a venue near you, in 2022.

Quite possibly Scotland’s biggest weekly club night, RARE Aberdeen has been supplying the avid dance contingent of the Scottish lowlands with sets from the biggest international names in house, techno, disco and more, for the longest time.

Striving to go bigger than ever before in 2022, RARE has announced a run of eye-popping events happening throughout the year, in addition to their customary Thursday parties happening each and every week. Punters can expect to rave to the sounds of Leeds duo Prospa, one of the biggest breakthrough acts of the past year, and rising star, Effy.

“I signed up with Skiddle as I found their account managers to be attentive and on the ball with all of my questions. The kickback deals and free marketing we get are also too good to ignore.”

“This year has been one of our best yet having already invited up Slam, LF System, Shampain and TSHA to Aberdeen and Glasgow. Still to come before May, we have Effy, Ejeca, Prospa and Cultivate Festival to look forward to, and lots still to announce for the summer and end of the year.”

Click or tap – HERE – for more on RARE Aberdeen.